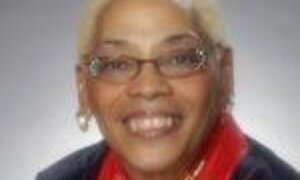 You cannot look at the present without first looking at where it all began. Tanya Allmond, one of the founders of the Black Professional Association, is worthy of being recognized as someone who has helped, aspired, built people up and has been a significant influence to the community of Cleveland.

Tanya Allmond was a native of the Cleveland area and attended John Adams High School. She went on to pursue her degree at Carnegie Melon in Pittsburg, Pennsylvania. Growing up, Tanya’s life was significantly influenced by her parent’s role in the political world. As the oldest of nine children, Tanya’s natural maternal instincts helped her to aid other people and raise them up with an experience and maturitybeyond her years. Tanya started early as a politician due to the support of her parents and she was never afraid of knocking on any doors when she knew that she could get people involved for the cause.

In 1978, Nancella Harris, Arthur Baker and Tanya Allmond met and founded the Black Professional Association. Tanya’s greeting stood as a means to show the type of person she was and would continue to develop into. “Hello, my name is Tanya Allmond and this is the committee I would like to be on and I hope to be the chair of the Leadership Identification and Chairmen of the Black Professional Association”. As time moved on, Tanya did just that. She later became the Chair of the Leadership Identification and the Chairmen of the Black Professional Association. Here stood a woman who inspired others and was not afraid of going after the things in which she was passionate about. Tanya believed in not only lifting people up, but in bringing people behind you so that no matter when it was your time to go, someone was ready and capable of standing in the gap.

Tanya’s ability to network with others and her organizational skills within the community helped to not only drive the BPA but also gave way as the start of other organizations under the positive influence of Tanya’s words and wisdom. She knew how to start with nothing and end up with something and the fruits of her labor can be seen around the community of Cleveland. She moved on to become the president of the BPA, following Arthur Baker, and handled the financial aspect of the now widely spreading Black Professional Association Charitable Foundation. Because of the legacy Tanya has left behind, several other organizations have been birthed from the hopes and dreams that Tanya pored into the BPACF. Tanya believed in nurturing one another to better one another and there has been a scholarship named after her niece to honor Tanya’s legacy. Tanya has helped to raise over 2.5 million dollars in scholarship money and was active with the BPACF until the time of her death and was known to “hold court at her bed side”.

Tanya is a woman who has inspired me to be better and to do better. Although I never had the privilege of meeting Tanya, the legacy that she has left behind is one that has inspired me to be a better person, one who makes a significant impact on the lives around me and an impact on the community in which I live in. She has inspired me to be an effective role model in the community. As Tanya has shown through the life she’s lived, no goal in unobtainable, no person is too far out of reach to help bring up and every person needs to have someone make a positive impact on their lives to help them be a better person. She has stood the test and showed that in order to be successful, you must be willing to think of others and help others out and not just think about putting yourself first. The goal of the BPACF is to “prepare future leaders to transform the world” and that is exactly what Tanya did and exactly what we should all be striving to do to honor her legacy.