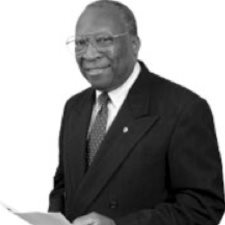 Mr. Bullock has enjoyed a distinguished career with the American Red Cross. He was named chief executive officer and chapter manager of the Greater Cleveland Chapter in 1982. Prior to assuming this position, he worked for the Red Cross in military installations in the United States, Europe, and Southeast Asia. Mr. Bullock also previously served as executive director of the agency’s St. Paul, MN chapter.

Mr. Speaker, in 1988, Steve Bullock was named chairman of the president’s advisory committee, a group of senior Red Cross field executives which counsels top management on issues facing the organization. Another highlight of his career occurred in 1995 when Mr. Bullock was appointed to head the 1996 national American Red Cross campaign. Mr. Bullock is also an active member of the Greater Cleveland community. His board memberships include the Greater Cleveland Roundtable, the Cleveland Campaign, and Leadership Cleveland. He is the chairman of the Mandel Center for Non-Profit Organizations, Case Western Reserve University Executive Advisory Network, and is the past president of the Council of United Way Services Agency Executives.

Mr. Bullock received a Bachelor of Arts Degree in History and Sociology at Virginia Union University and a Master’s Degree in Business Administration at the College of St. Thomas. He has also done graduate work in urban administration; attended the American Red Cross Executive Development Institute; and is a graduate of Leadership Cleveland. Mr. Bullock and his wife, Doris, reside in University Heights.

They are active members of Antioch Baptist Church in Cleveland. Steve Bullock will be the 17th individual to receive of the prestigious Black Professional of the Year Award. As a past recipient of this honor, I take special pride in saluting him on this occasion. I join his family, friends, and colleagues in stating that he is more than deserving of the award. I also take this opportunity to applaud the Black Professionals Association for its strong leadership and commitment. I wish Mr. Bullock and the association much continued success.