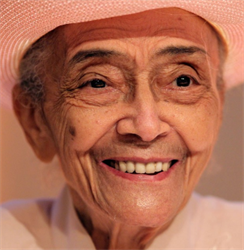 Jean Murrell Capers is a practicing attorney and a retired Cleveland Municipal Court Judge. In 1949, she became the first African-American councilwoman for Cleveland. Throughout her years she worked in Cleveland’s prosecutor’s office, served as an assistant state attorney general, and in 1977, Capers was appointed a Cleveland Municipal Court judge and won the election to a full term.  Judge Capers grew up knowing the importance of education. Both her parents graduated college from State Normal School for Colored Persons in Kentucky and became teachers. Judge Capers used the opportunity and graduated from Western Reserve University, in 1932 with a degree in education. She taught for five years, first at an elementary school and then as the health and physical education teacher at a local high school.