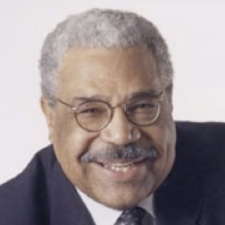 He played in the NBA All-Star game for five consecutive seasons (1961–1965) and won the NBA Championship with the Celtics in 1968. Embry was originally drafted by the St. Louis Hawks in 1958. He was then traded closer to home weeks later to the Cincinnati Royals. The Royals were rebuilding due to the collapse of the team following the hospitalization of team star Maurice Stokes.

Star center Clyde Lovellette was traded to St. Louis for Embry and four others. Oscar Robertson arrived to the team in 1960, reviving the Royals. Embry, Robertson and Jack Twyman were all NBA All-Stars for Cincinnati over the next three years. Embry’s play was notable for his pick and roll play with Robertson, whose encouragement improved Embry’s game. A powerful 6’8″ and 240 pounds, Embry at times appeared to be a blocker on the court, a protector of teammates. But he also had a fine all-around game. In 1963,

he was named team captain of the Royals. The 1963–64 Cincinnati Royals surged to the second-best record in the NBA, with teammate Jerry Lucas now added. But the team was not able to surpass the Boston Celtics of Red Auerbach and Bill Russell, or the Philadelphia 76ers with Wilt Chamberlain in their quest for an NBA title. Retiring to be a regional sales leader for Pepsi-Cola, Embry was talked out of retirement by friend Bill Russell, the new player/coach for Boston. Embry played crucial reserve minutes for Russell and aided that team’s surprising 1967–68 NBA title run. When the Milwaukee Bucks were formed, they claimed Embry from the Celtics and Embry centered the Bucks for the 1968–69 season. After retiring as a player he became the first African American NBA general manager, managing the Milwaukee Bucks (1972–1979), Cleveland Cavaliers (1986–1999), and Toronto Raptors (2006). He was selected NBA Executive of the Year in 1992 and 1998.