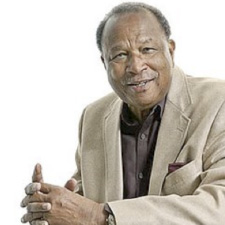 George Lawrence Forbes (born April 4, 1931) is an American politician of the Democratic Party. From 1974 to 1989, Forbes served as one of the most powerful presidents of Cleveland City Council. He is the former President of the Cleveland NAACP and is semi-retired from practicing law. He served a tour in the U.S. Marine Corps and attended Baldwin-Wallace College on the G.I. Bill and graduated with a B.A. in 1957. He received a J.D. from Cleveland-Marshall College of Law in 1961. He passed the Ohio bar exam and began practicing law.