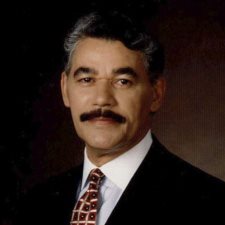 It was some 20 years ago that God unveiled His real purpose for George. Mr. Fraser went on to author of two critically acclaimed books: Success Runs in Our Race; The Complete Guide to Effective Networking in the African American Community and Race for Success; The Ten Best Business Opportunities for Blacks in America. Mr. Fraser is also the publisher of the award-winning Success Guide Worldwide: The Networking Guide to Black Resources.

He is the founder of the annual Power Networking Conference, where thousands of Black professionals, business owners, and community leaders gather to discuss and do business with each other. Dr. Fraser is the Chairman of Phoenix Village Academy; which consists of three Afrocentric charter Schools that serves Cleveland and Akron inner city children. A popular speaker and author, George C. Fraser’s inspiring talks on success principles, effective networking, wealth creation, business ethics, and valuing diversity, are as popular among corporate professionals as they are among college students. His views have been solicited by media as diverse as CNN and the Wall Street Journal. Over the past decade, the prestigious publication, Vital Speeches of the Day, has selected, reprinted and distributed worldwide, five of Mr. Fraser’s speeches–a first for any professional speaker in America, regardless of color.

UPSCALE magazine name him one of the “Top 50 power brokers in Black America”. Black Enterprise Magazine called him “Black America’s #1 Networker” and featured him on a cover issue