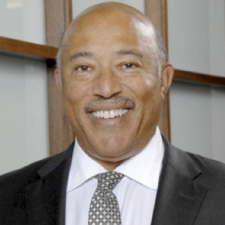 Frederick R. Nance serves as Squire Patton Boggs’ Regional Managing Partner, operating out of the Cleveland office.  Squire Patton Boggs, which was founded in Cleveland in 1890, now serves clients from 44 offices around the globe.  Fred’s legal practice focuses on sports and entertainment law, commercial litigation, client counseling and public-private partnerships.  Much of his practice in recent years has included high-stakes negotiations involving community interests.  He is an experienced jury trial litigator in federal and state courts and a frequent participant in alternative dispute resolution proceedings.

Fred also leads the firm’s Sports and Entertainment Group in the US. Fred began his career at Squire Patton Boggs directly from law school.  From 1991 through 2001, Fred served as the primary outside counsel to the City of Cleveland and former Cleveland Mayor Michael White in a variety of impactful initiatives and development projects including spearheading the battle to keep the Browns in Cleveland.

He has also served two four year terms on Squire Patton Boggs’ worldwide, seven-person Management Committee. In the summer of 2006, Fred was selected from among several hundred candidates as one of five finalists for the position of Commissioner of the National Football League. In December 2009, Cleveland Browns owner Randy Lerner asked Fred to join his team’s front office where Fred served for three years as the Browns General Counsel, while remaining a Squire Patton Boggs partner.