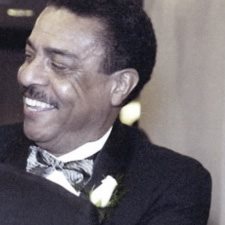 Cameron was raised in Hogansville, Ga., came to Cleveland to visit a sister, liked the town and stayed. He graduated from the International Institute of Data Processing in Cleveland and attended Trenton State College and Cuyahoga Community College. He served in the Army in South Korea. He married Dorothy L. Mason in 1965 and moved with her the next year to Warrensville Heights. He joined National City in 1968 as a data processing trainee. He rose through the ranks and managed the Lee-Harvard branch from 1975 to 1982.That year, Cameron helped to start the community development corporation, one of the nation’s first such organizations for profit. He also spent a couple years as the bank’s vice president of governmental affairs. He oversaw development in Ohio, Pennsylvania, Michigan, Kentucky, Indiana and Illinois.

Counting funds from all sources, his projects were worth more than $5.7 billion. The results included more than 46,000 new or renovated housing units. He served on many civic groups, including the Warrensville Heights Civil Service Commission. He chaired the Cleveland Regional Transit Authority Euclid Corridor Engineering Committee. Among his many awards, the Black Professionals Association Charitable Foundation named him Black Professional of the Year. At East Mount Zion Missionary Baptist Church, Cameron was vice president of the deacons’ board and worked with youths. “We don’t just teach them how to read the Bible,” he told The Plain Dealer in 1992, “but how to live life, even little things, like which fork to use.” In 2004, he retired and moved with his wife to Stone Mountain, Ga. He liked to golf and work with model trains.