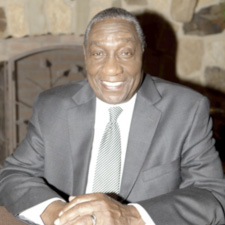 His extensive management, educational, political and entrepreneurial experiences have a proven record of excellence. His visionary leadership and innovative spirit have led to more than 39 years of providing quality insurance products and services for many Cleveland residents. Mr. Pinkney has been instrumental in the organization of several successful levies, campaigns and area development projects. Mr. Pinkney managed the extension of the sin tax campaign that provided major funding for the new Cleveland Browns Stadium. He co-managed the Save the Browns campaign which brought a new expansion team to Cleveland. He was the Deputy Campaign Manager to Dick Celeste’s successful Ohio gubernatorial campaign in 1982 and 1986.

Mr. Pinkney managed the national campaign of Jesse Jackson for President in 1984. In 1996, he managed the successful Cleveland School District operation levy campaign, and managed the mayoral campaign to re-elect Mary Michael R. White. He was the state campaign director for Bill Bradley’s bid for the democratic presidential nomination. One of his most noteworthy achievements is his ability to construct comprehensive and effective strategic plans. It is Mr. Pinkney’s firm belief that corporations must become good partners with their communities and that the communities, in turn, must support their businesses.

He is firmly committed to this belief and has shown his dedication by working with top executives to achieve the following goals: helping them to realize the importance of cultural differences, understanding the political environment, building community alliances and teaching them how to present themselves to governmental agencies. Mr. Pinkney holds a Bachelor of Arts degree from Albion College, Albion, Michigan.

He attended Case Western Reserve School of Law and was awarded an honorary doctorate of law Degree from Central State University. He unfortunately died at the age of 83.