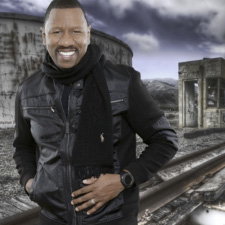 Dr. R. A. Vernon is the founder and senior pastor of The Word Church, the largest and fastest growing church in the history of Cleveland, Ohio and one of the fastest growing churches in America. With over twenty-five years in ministry and nearly two decades in the pastorate, Dr. Vernon has enjoyed a prolific, storied career in pastoring, but consciously chooses to never stop growing, personally or vocationally. Having started with only one service in a high school in 2000, The Word Church is now a multisite ministry with fourteen services and four campuses across Northeastern Ohio including Warrensville Heights (Main), Downtown, East Cleveland, and Akron, which is currently under renovation, opening in the spring of 2015. A believer in the power of cash over credit and the importance of stewardship, Dr. Vernon opened The Word Church Downtown in the fall of 2014, completely debt free. Known for his uncompromising integrity, he is a trailblazer and trendsetter who focuses on relevance and innovation. Because of the number of weekly worship services at The Word, Dr. Vernon developed the concept of pre-recorded broadcasting for the services he is unable to attend due to time and distance constraints—a ground-breaking move among African-American churches. He also adopted the practice of planting campus pastors to lead the satellite locations so that the members at these locations still receive a personal touch even when he is not physically present. Dr. Vernon is committed to continual improvement and creating opportunities for others to improve as well. Through his bold, frank delivery of the Word of God, he crusades to free other church leaders from the fetters of foundationless formality. He shares candidly