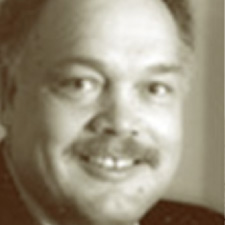 After Dr. Ellison was elected in 1966 to the Board of Trustees at the Kansas City Community College, he quickly became enthralled with the community college environment. He was eventually recruited by Michigan State University to pursue his Ph.D., and, in 1972, he became president at Seattle Central Community College in Washington. Two years later, after an exhaustive nationwide search, Dr. Ellison became the second president of Cuyahoga Community College.

He was 33 and one of the youngest college presidents in the United States. Tri-C was at a crossroads when Dr. Ellison arrived and his prescient vision and indomitable will modernized and transformed the College. To successfully manage the growth of the school and deliver outstanding education to its students, Dr. Ellison believed he needed to significantly change the College’s management methodology. Blessed with a $300,000 grant from the Cleveland Foundation, he rallied internal and external support. Dr. Ellison was among the first educators to understand that colleges needed computers to help them operate. In 1977, the College made a significant investment in its computer systems, putting Tri-C years ahead of most four-year colleges in utilizing technology to manage and distribute key information.